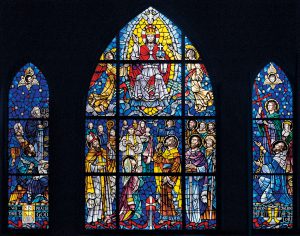 Commissioned by Empress Marie Therese, Haydn wrote his Te Deum in C to celebrate the arrival of Lord Nelson to Eisenstadt, the family home, in 1800. Years earlier, Handel was commissioned by the Duke of Chandos to compose twelve anthems. Chandos Anthems 9 and 11 were written in the period 1716-1718, to be performed by the ‘musical establishment’ at Cannons, the Duke’s seat. Haydn was much influenced by Handel, hearing many of his works, including the Messiah, during his travels to London. This fascinating programme celebrates these two composers – with joyful notes and melody throughout!

1 thought on “With Cheerful Notes”